октомври 25, 2018
Sevilla - Akhisarspor
Sevilla hosts Akhisarspor in a Group J match at the UEFA Europa League. The match is on Estadio's Ramon Sanchez Pizjuan in Sevilla on Thursday night as all hosts are expected to record their second win in the tournament. We will offer you our soccer single predictions for today below.
Sevilla has begun its strike in the Europa League group stage by defeating Belgium's Standard Liege with a 5-1 on its own field. In the second round, however, the Spanish team lost their visit to Krasnodar by 1:2. Pablo Machin's graduates had an advance on Kabore's own goal, but Mauricio Pereyra and Tornike Okriashvili scored a full turn for his second win in the tournament and was a leader in the group.
Akhisarspor's team kicked off their group J with a home defeat of 0:1 from Krasnodar. Then the Turkish team lost a 1:2 visit to Standard Liege, so it could be said that the guests opposed their first two opponents in the group. Akhisarspor debuted in the Europa League this season, and few people expected them to be contenders for the 1/16-finals. The Turkish club will now try to make Seville difficult, and if it wins its first point at Estadio Ramon Sanchez Pizjuan, it will be a great success for them.
Over the weekend, both teams committed defeats at the local championships. Sevilla lost 2:4 to Barcelona as it was the second defeat in their last three games. Akhisarspor made a fourth consecutive loss in all tournaments after he was defeated during his visit to Kasimpasa (0:5). Akhisarspor is in a series of six consecutive losses on a foreign field by allowing 15 goals for that period and I do not see how he can oppose his Spanish opponent.
On the other hand, Sevilla has won its last three home games in all tournaments. They scored ten goals for that period, defeating even Real Madrid with 3:0, so I expect them to win with difference to their upcoming Akhisarspor household with a difference of at least two goals. 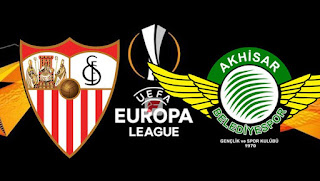